The History of Castle Rock – terraincastlerock

Who lives at Terrain? What is a typical day like? What are the homes like? See for yourself! Watch our community videos for a glimpse into life at Terrain.

The History of Castle Rock 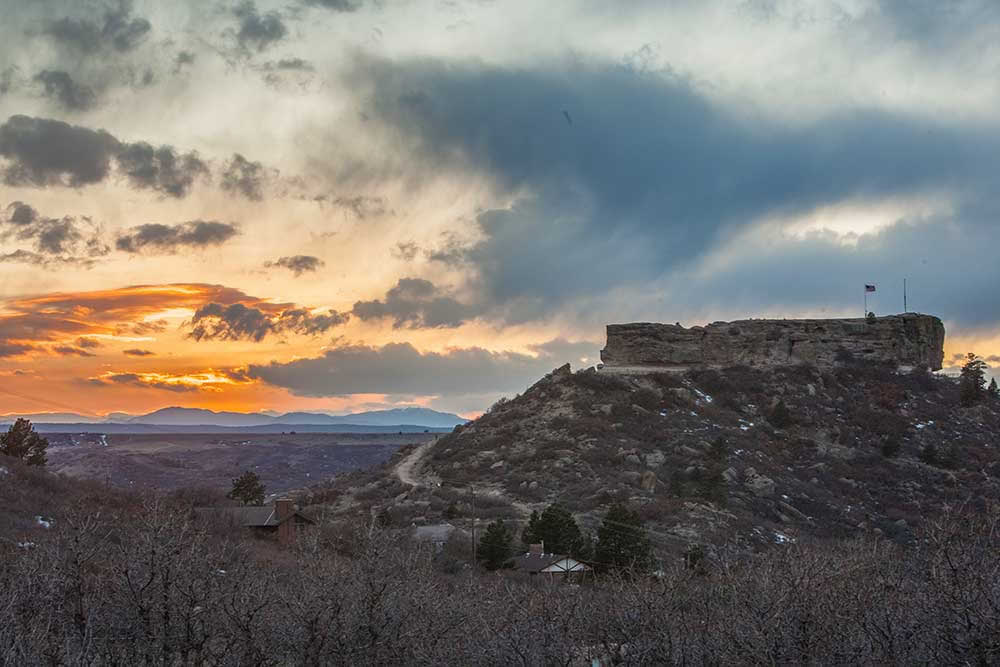 Colorado’s history is quite similar to the present: a beautiful and stunning mixture of geography, plant and animal life, and the adventurous and entrepreneurial spirit of its people. The original residents of Castle Rock were the Arapahoe and Cheyenne tribes of the Native Americans. The rock that serves as the town’s namesake provided shelter from harsh winter winds and storms, and the fertile plains of the East Plum Creek Valley were a steady and reliable food source for plants and animals.

Shortly after the Homestead Act was passed in 1862, settlers made their way to Colorado, looking for land and new opportunities for livelihood. The prospect of gold served to make the area even more attractive. While the gold didn’t exactly pan out (pun intended), another semi-precious stone located within Castle Rock did—rhyolite, a stone that is used for building and prominent decorative touches that can be seen in many churches and stately buildings throughout Colorado.

By 1875, Castle Rock was settled by quarry workers, ranchers, and prospectors. It also sported a brand new train depot. The Denver and Rio Grande Western Railroad regularly delivered supplies and visitors from across the country, and connected the town to prominent areas throughout Colorado, the mid-West, and the rest of the country. The depot still operates, albeit a short distance from its original railway location; it is now the home of the Castle Rock Historical Society and Museum.

The town has been booming ever since! Once people began visiting our town, they never stopped, and the rest is history. Residents of Terrain Castle Rock have a beautiful and visible reminder of the area’s history as well as its pioneering and adventurous spirit, known today as The Rock.

Terrain is a planned community of new homes in Castle Rock ranging from the $300-$600s. Built to respect the natural, rolling topography of the land, Terrain offers the ideal Colorado lifestyle. Tour a model home today!

Who lives at Terrain? What is a typical day like? What are the homes like? See for yourself! Watch our community videos for a glimpse into life at Terrain.

Could Terrain be a part of your future? Join the VIP list and we’ll keep you updated on all the latest news,
events and community development plans.